Posted by Liza Forster on March 17, 2016 in Uncategorized |2 Comments 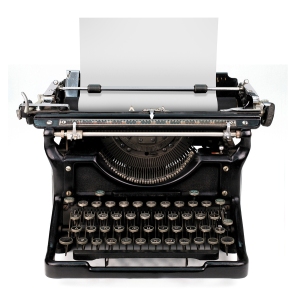 I started my morning yesterday at the car dealership, getting some vitals taken care of.  At the end of the appointment, I stood at the counter while the fellow put together my invoice.  600 clams, but that’s not the point.  I stood there for a good 3 minutes, which is a long time to be standing in front of another person, while he typed furiously.  He could have been writing a book, fiercely typing away, and it went on and on and on.  I made a joke, but he just help typing away.

It made me think of a SNL sketch, I think it was SNL, where there was an airline attendant at the counter with a customer, she’d ask a simple question and then after the one word reply from the customer she’d start endlessly banging away on the keyboard.

After the dealership, I ran to my oncologist.  He came in to the office and sat down at the computer station on wheels, and started typing. He asked me questions, we chatted a bit, but certainly not enough to merit the endless typing.  I did note that his typing style had become more efficient, when I began seeing him about a year and a half ago, he was a two fingered typist.  Now all digits were involved.

The last time I’d seen him, I made a joke about how he must be writing a book.  He went along with it, and started speaking out loud as he typed, as if that’s exactly what he was doing, “and then Mary pushed him into the stream, and that was that.”

I gazed at the walls, noticed he had a hole in the knee of his slacks, looked at my phone.  Clickety Clack.  And then we were done.

And I left, leaving whatever had been written about me and my visit behind.